It is located about 12 km northeast of the main Alpine ridge in the Weißkamm, the part of the Ötztal Alps that stretches from the Weißkugel to the northeast towards Sölden. The southern and eastern sides of the mountain rise above the Venter Valley, an orographically left side valley of the Ötz Valley; its western and northern flanks form the valley head of the Pitz Valley. The mountain has two peaks, the rocky south peak (3770 m) with a summit cross and the firny and thus potentially melting north peak (approx. 3765 m). To the north, the Taschachferner flows into the Pitztal valley, to the southwest and southeast the Mittenkar- and Rofenkarferner into the Venter valley.

With an altitude of 2,266 metres, the Wildspitze is in fourth place in the Alps: this difference is only surpassed by Mont Blanc (4,697 m), Großglockner (2,424 m) and Finsteraarhorn (2,280 m). They dominate by 48.5 kilometres, with the Ortler being the reference mountain for both values.

From Wildspitze, the view is practically limited only by the curvature of the earth and ranges from the Bernese Alps in the west (Bietschhorn, Aletschhorn) to the Schobergruppe in the east

The first ascent of the south peak was made in 1848 by Leander Klotz from Rofen and an unknown farmer. In 1861, Leander Klotz was also the first to ascend the north peak, which was even higher at that time (via the connecting ridge from the south peak). Due to melting, the north summit has become lower in height since then. Meanwhile, the south summit must be regarded as the main summit of the Wildspitze. Anton von Ruthner describes in detail how an ascent from Vent via the Rofenhöfe and the necessary preparations took place at that time. 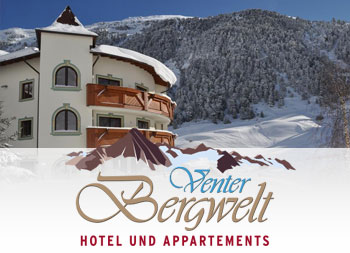 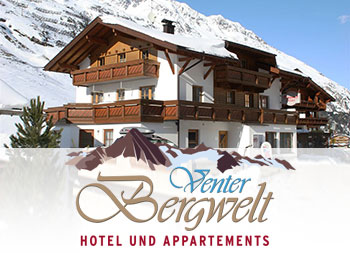 3 days, from Friday to Sunday
The Wildspitze, Tyrol's highest mountain, the dream destination of many mountaineers and hikers. On top of that, the three-thousand-metre peak "Wildes Mannle, 3,017m" and glacier training with crampon and ice axe techniques as well as glacier roped climbing. Enjoy three intensive days with a comfortable mountain hut as accommodation.

At our shop you will find almost everything you need for your holiday. As the only shop in Vent, we have set ourselves up to meet the needs of guests for both mountain and winter sports.